The Legend Of Maxx Wiki
Register
Don't have an account?
Sign In
Advertisement
in: Angel, Unknown character, NPC, Characters 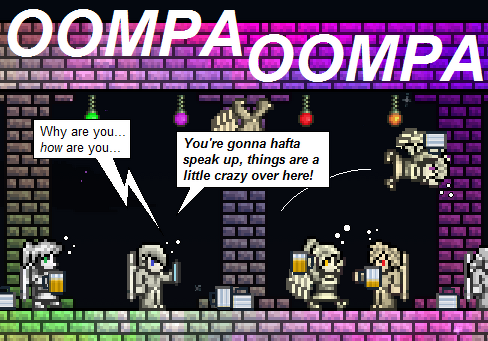 Not much is known about Gabe (short for Gabriel) except what Michael has said about him "The Archives are where the angels keep track of all the people in a world, past, present and future.But not monsters though, that's Gabe's job." (when referring to his own job in comic #144) Because not much about him is known there is a chance that he was at the angel party at The Pearly Gates Pub along with Remmy , Michael, Uriel and other unknown angels.

Gabe is friends with Remmy, they go out some nights to pick up girls or play Call of Duty Zombies, sometimes they combine the two, watching drunken, squeamish angel girls try to gun down demonic lightning dogs (refer to  comic #23).

Community content is available under CC-BY-SA unless otherwise noted.
Advertisement